Bordering the Edelareberg and near the very heart of Oudenaarde city, lies the existing convent building surrounded by extensive gardens. Behind the plot, wide open fields cover the  landscape. The project is partly protected as village view.

On the site we distinguish three volumes (the houses, the convent and the new building), interconnected by a suspended glass construction.
Central to the site and adjacent to a row of houses situated along the street, the neogothic volume of the convent defines the surroundings. The whole is preserved and redesigned into apartments and houses. On the other side of the cloister, the new building with apartments is situated outside the protected zone.

The new volume is parallel to the west wing of the convent; the new building follows the elongated implantation principle of the convent and creates a balanced occupation of the site since it structures the large garden in two parts. The continuation of the historic typology of the cloister is pursuited to the outside spaces. It recovers the idea of the cloister garden as courtyard surrounded by open corridors.
The closeness of the site as one of its essential characteristics, is thus maintained. The existing monastery wall is respected in its original context.

By siting the new volume it is important to ensure not being visually dominant across the protected cloister.
The new buildings are situated distantly from the street and are inserted into the slope so the impact on the side of the Kerklosstraat is minimized. At this side only two of the four floors are visible, thus allowing a very gentle transition between the urban volume of the right neighboring house and the volume of the convent. The optimal use of the height difference also benefits the accessibility of the site; the half-underground car park finds its perfect location being very easily accessible from Edelareberg.

The architectural identity of the cloister is visually as dominant as iconic. Therefor a clean and contemporary architecture is chosen for the design of the new volume. The contrast of style strengthens the architectural qualities of both volumes, old and new. The use of open galleries and materials with sober tones as well as the integration of light through translucent and transparent areas in a gentle play of openness and closeness, reinforces the harmony between the existing and the new building.
The glass walkway between the existing and the new building is designed as a light floating structure of glass and steel. This clean, bright and austere structure allows the convent to preserve its value and emphasizes its architectural qualities. 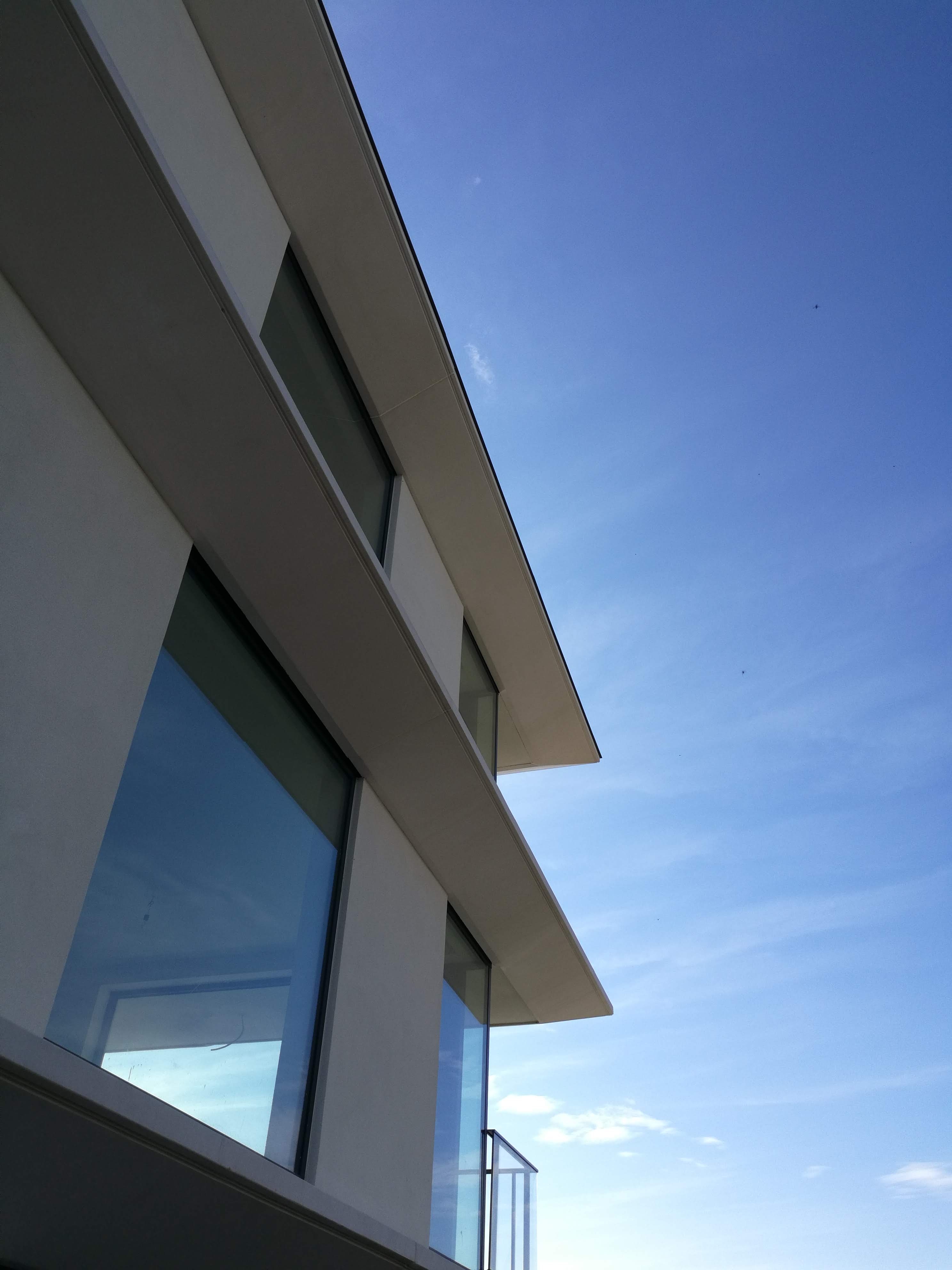 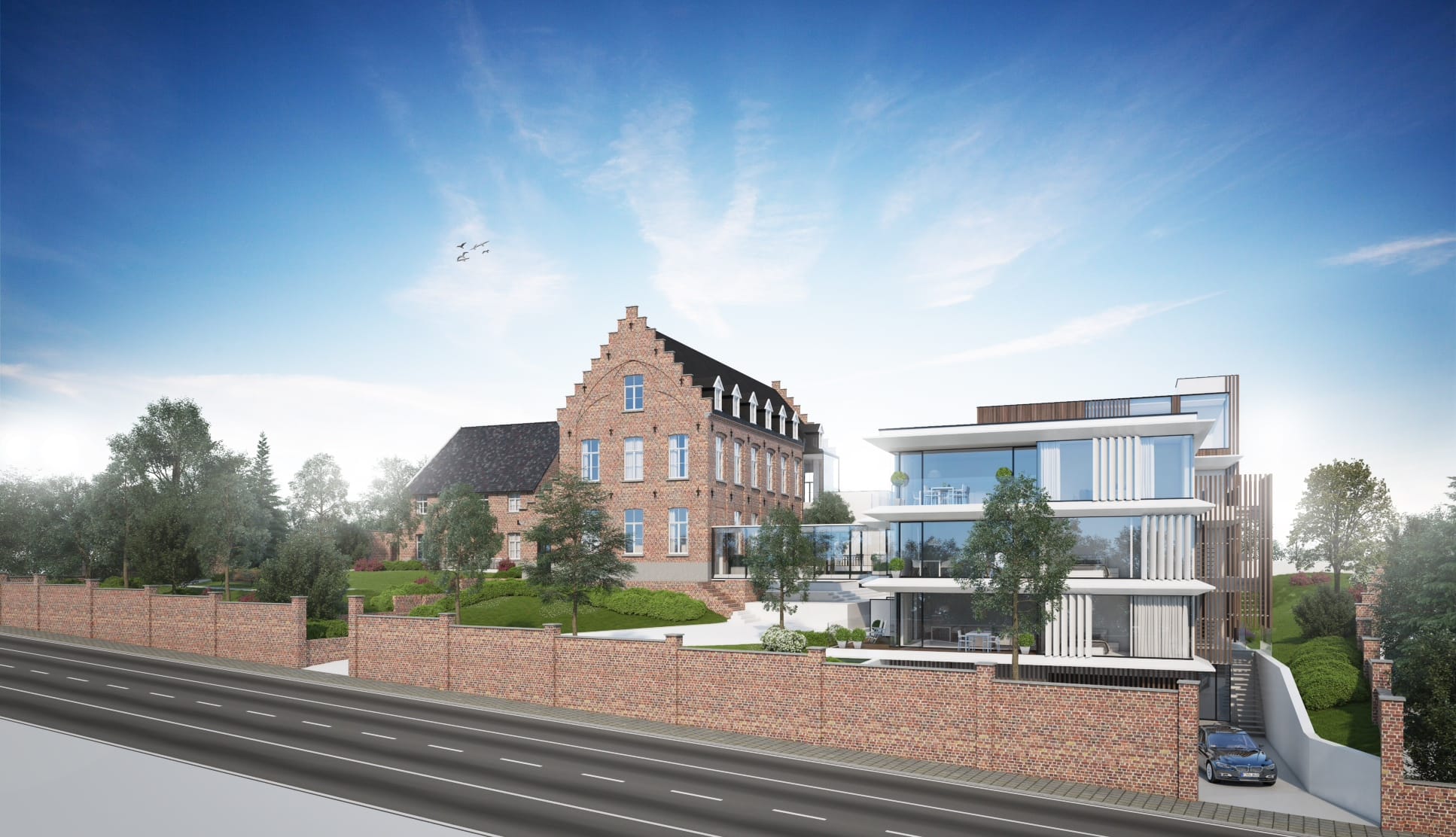 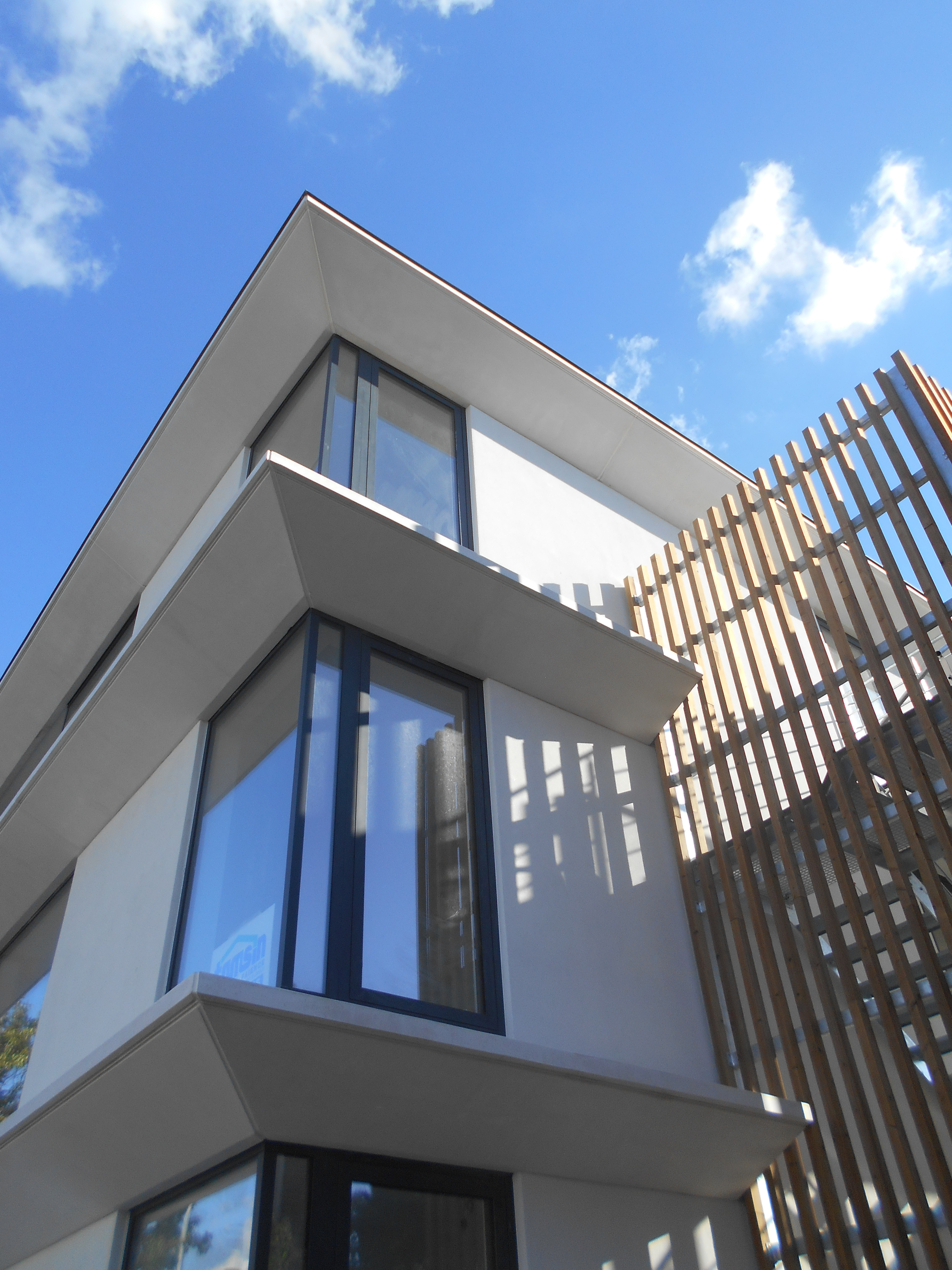 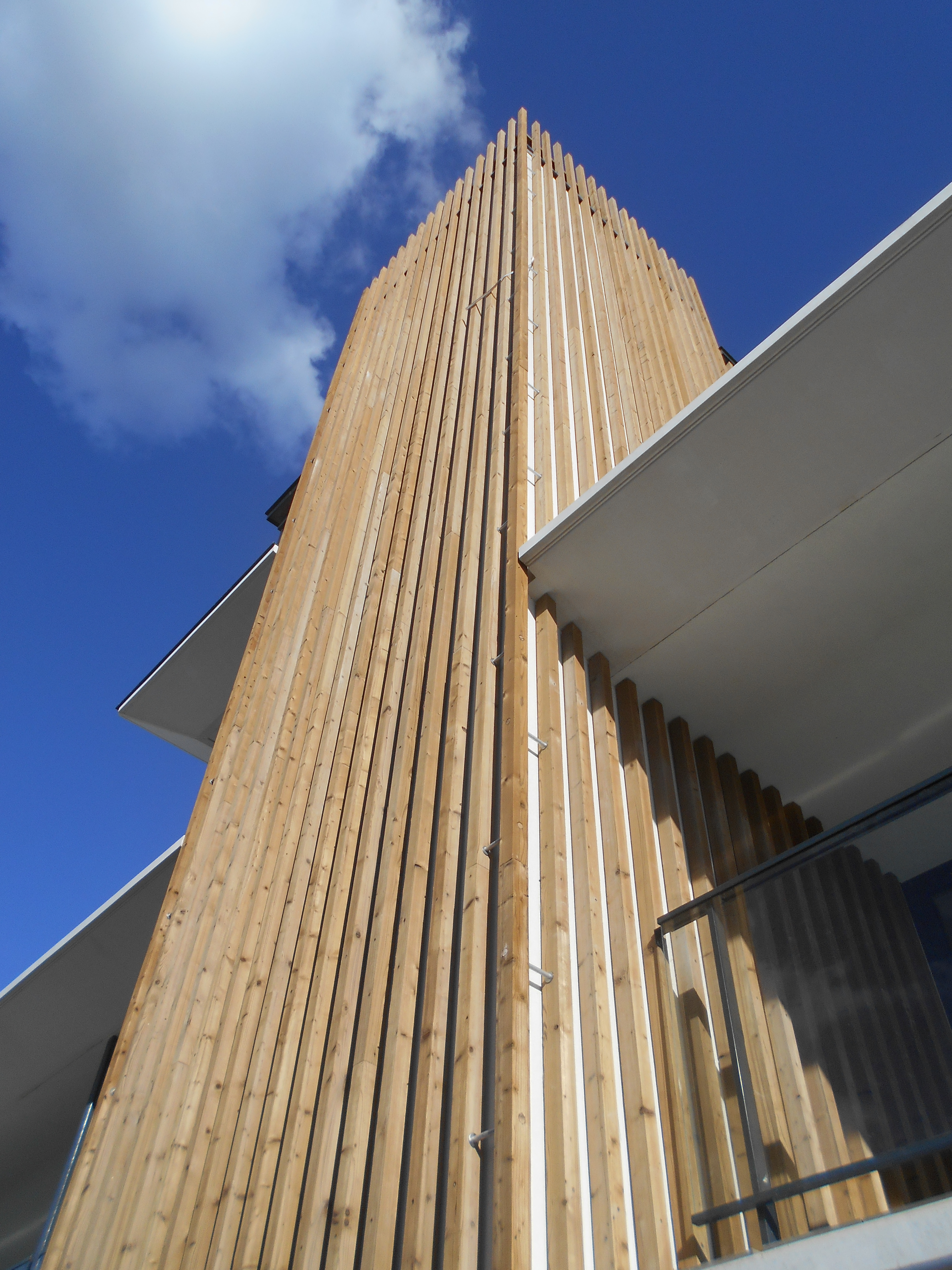 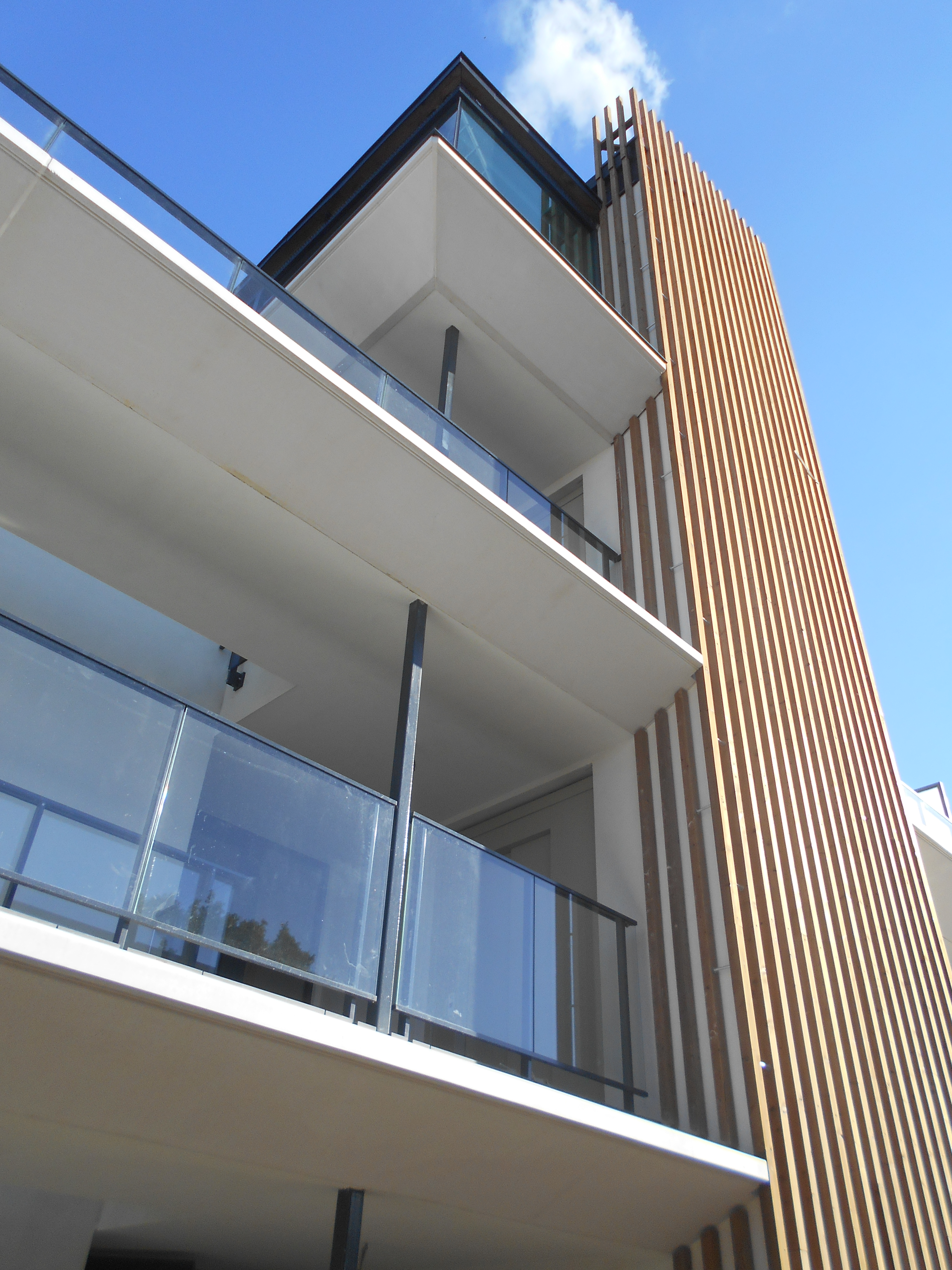 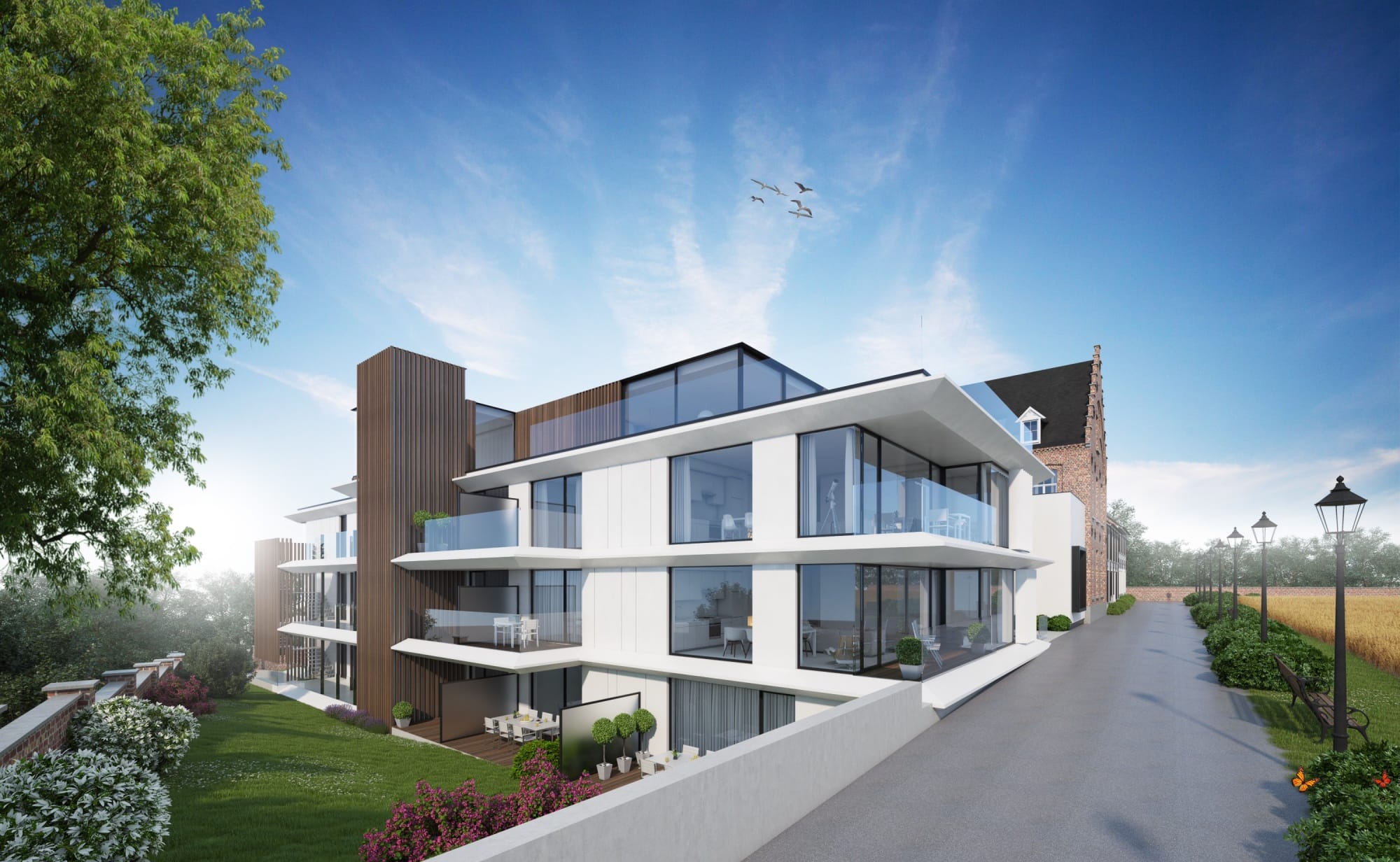 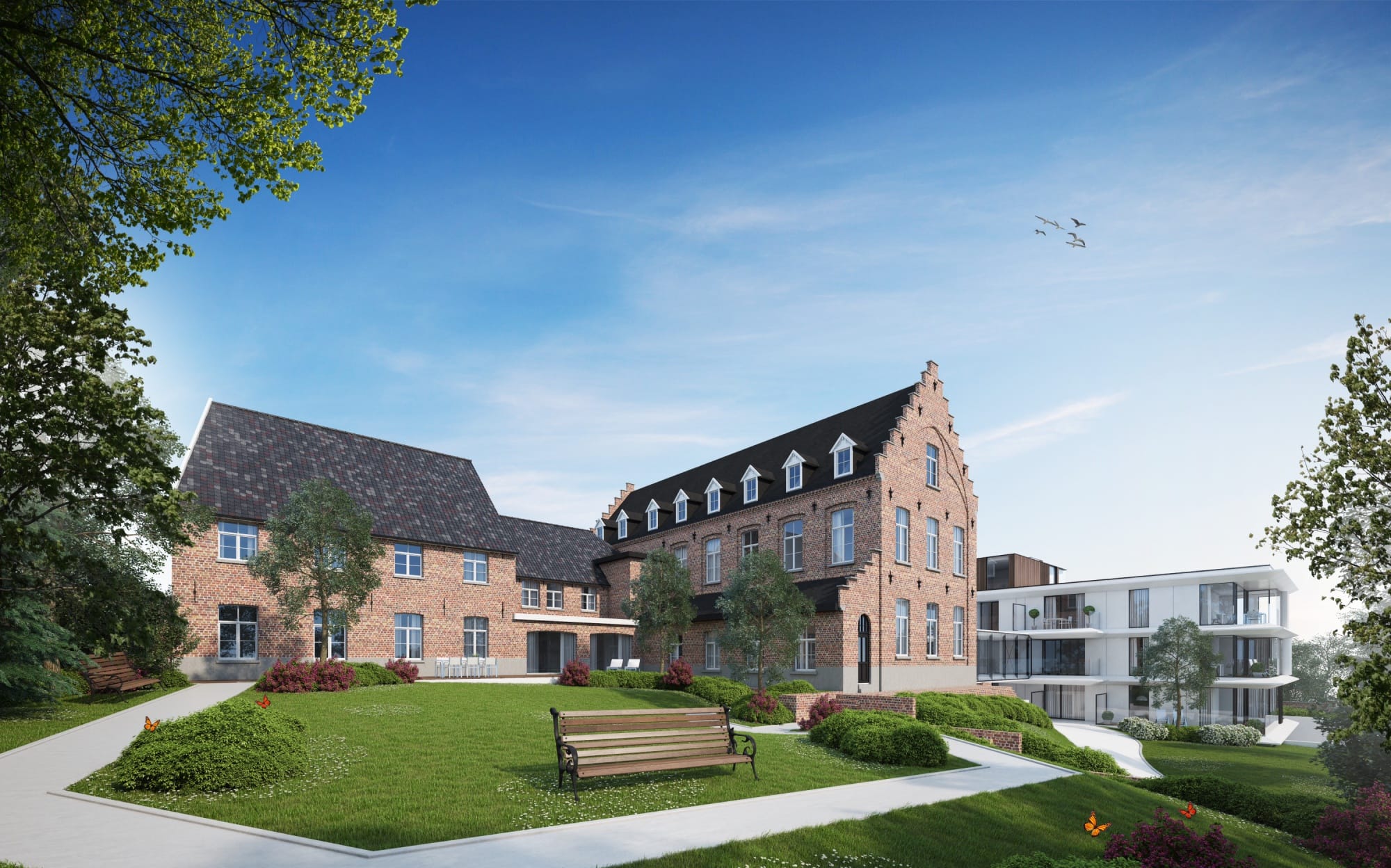 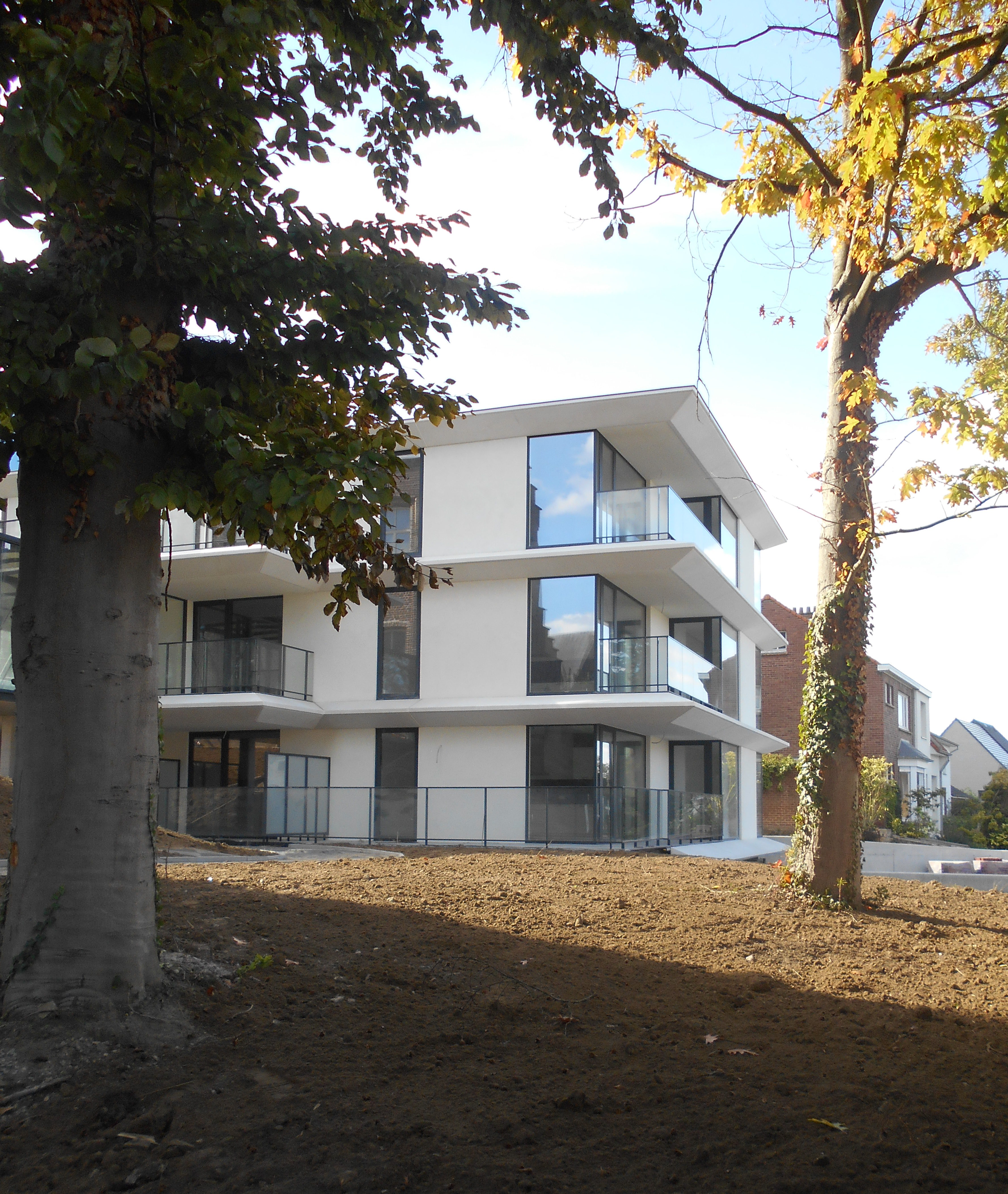 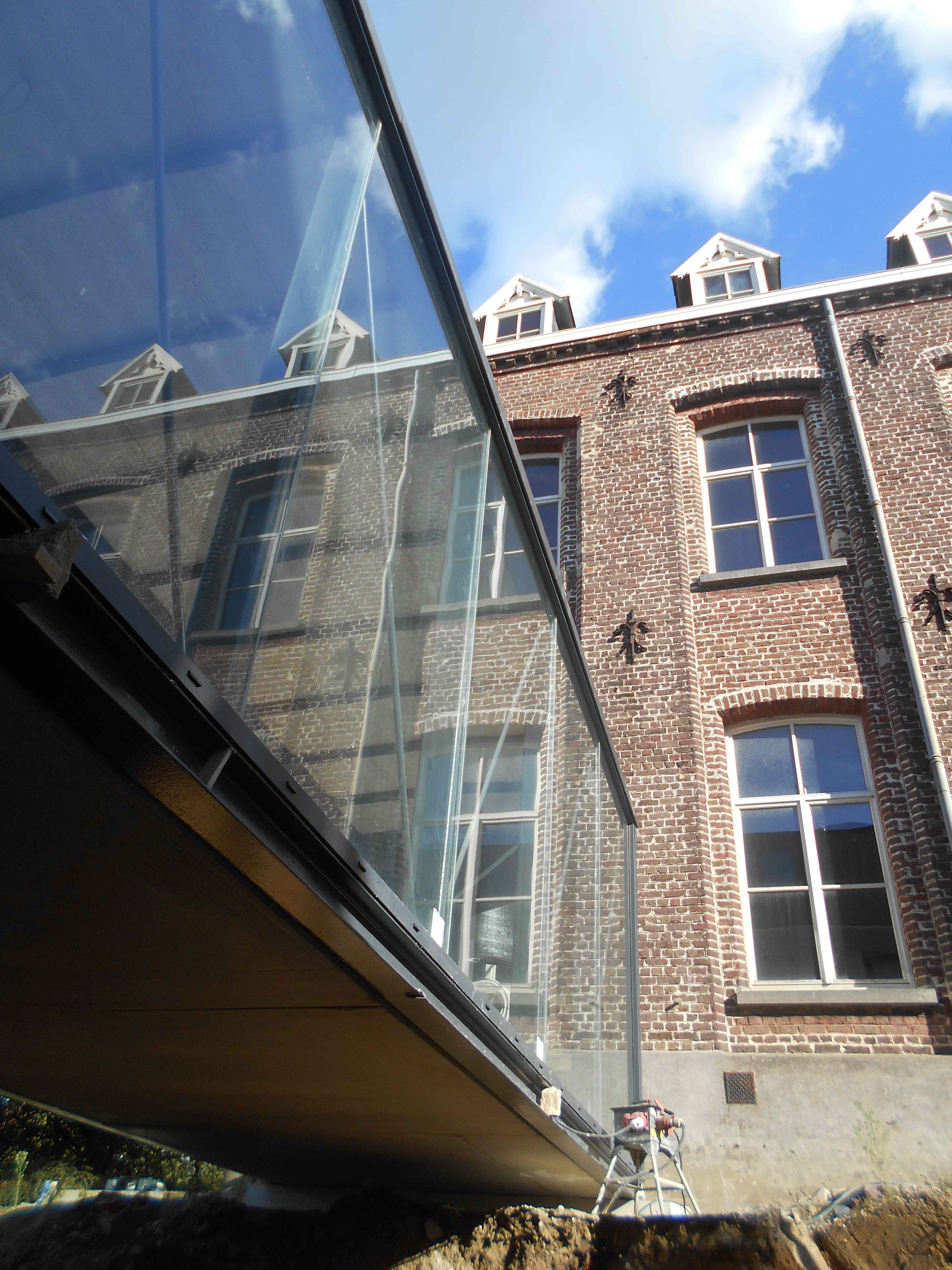 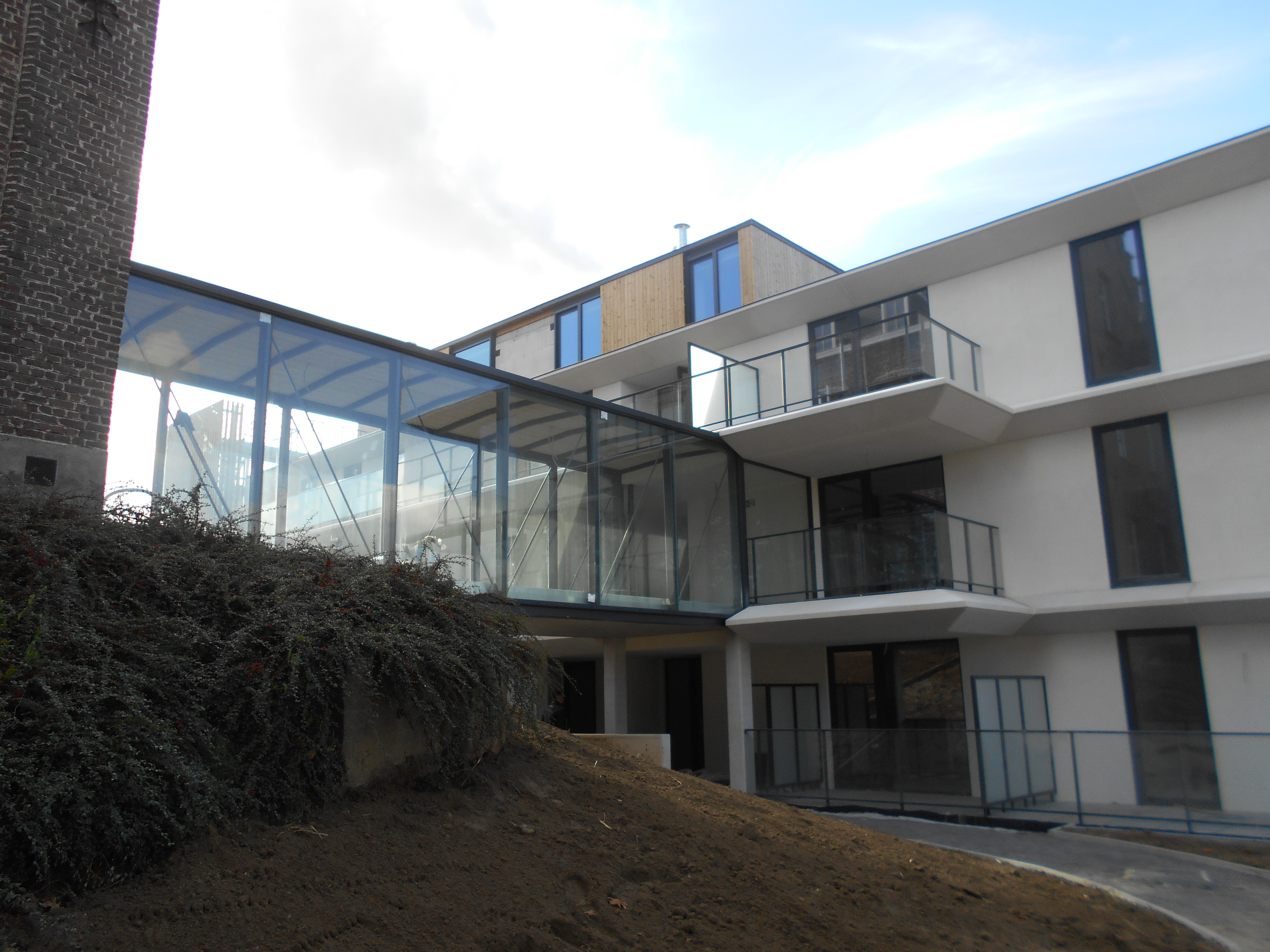 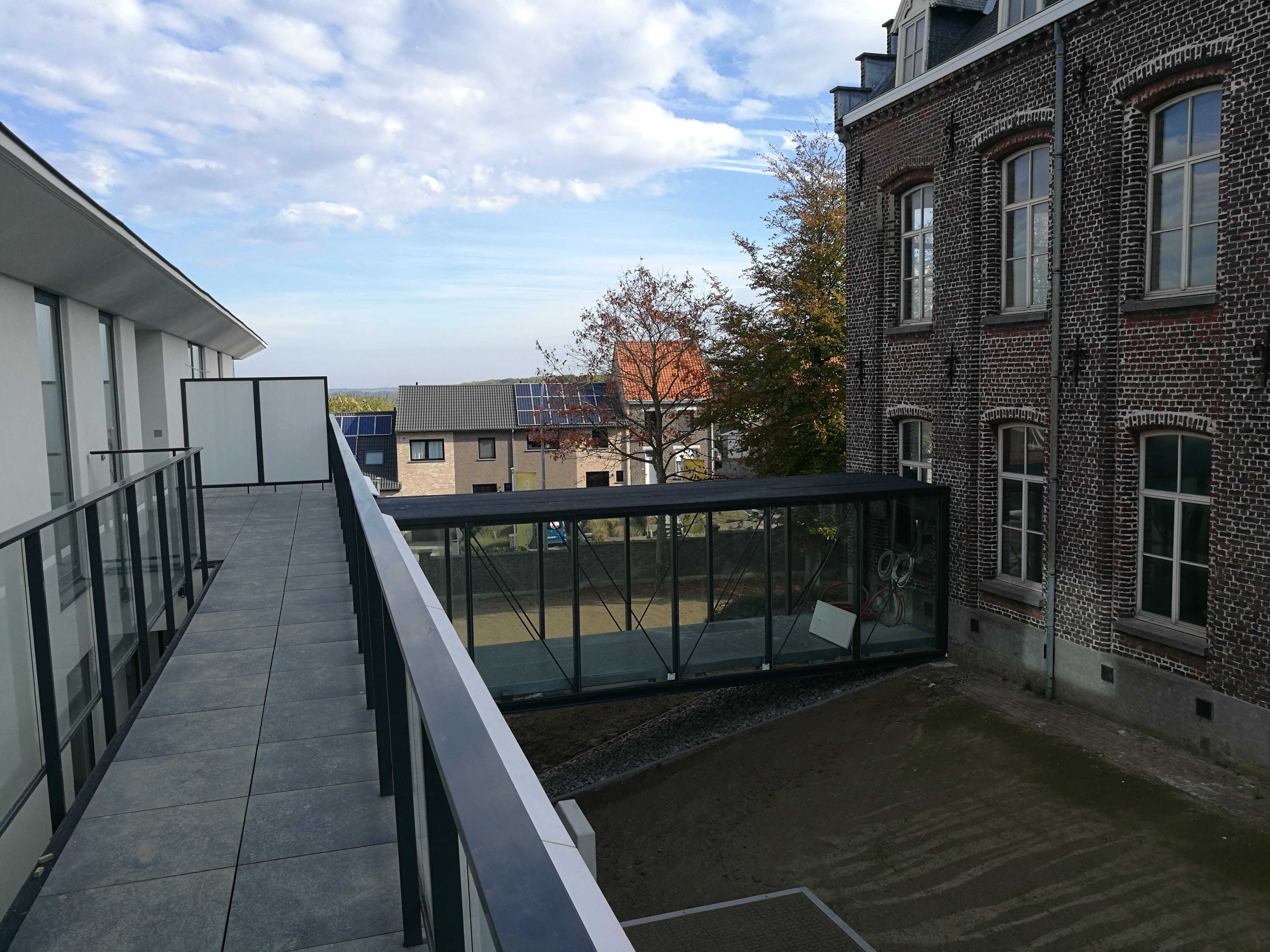 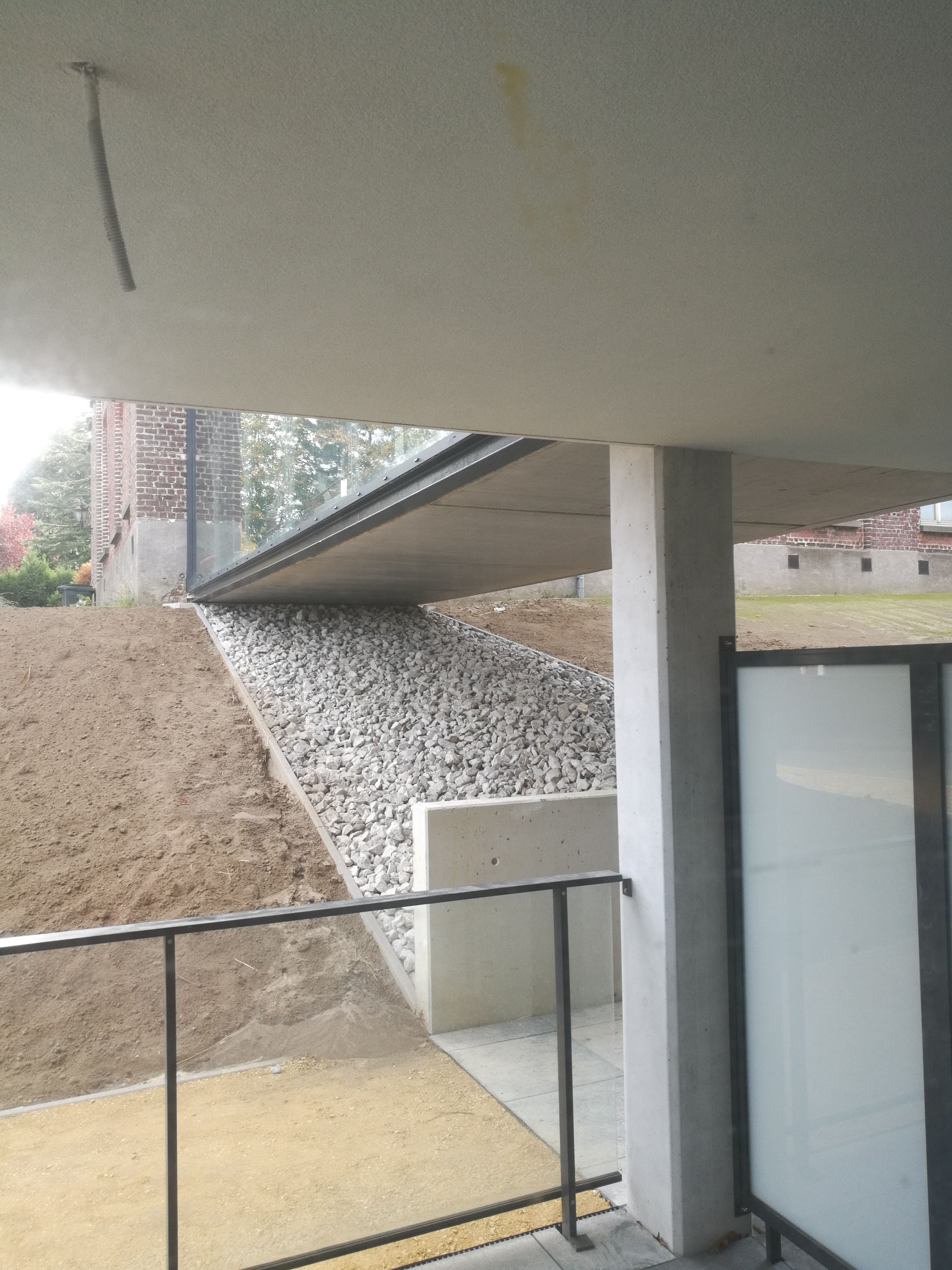 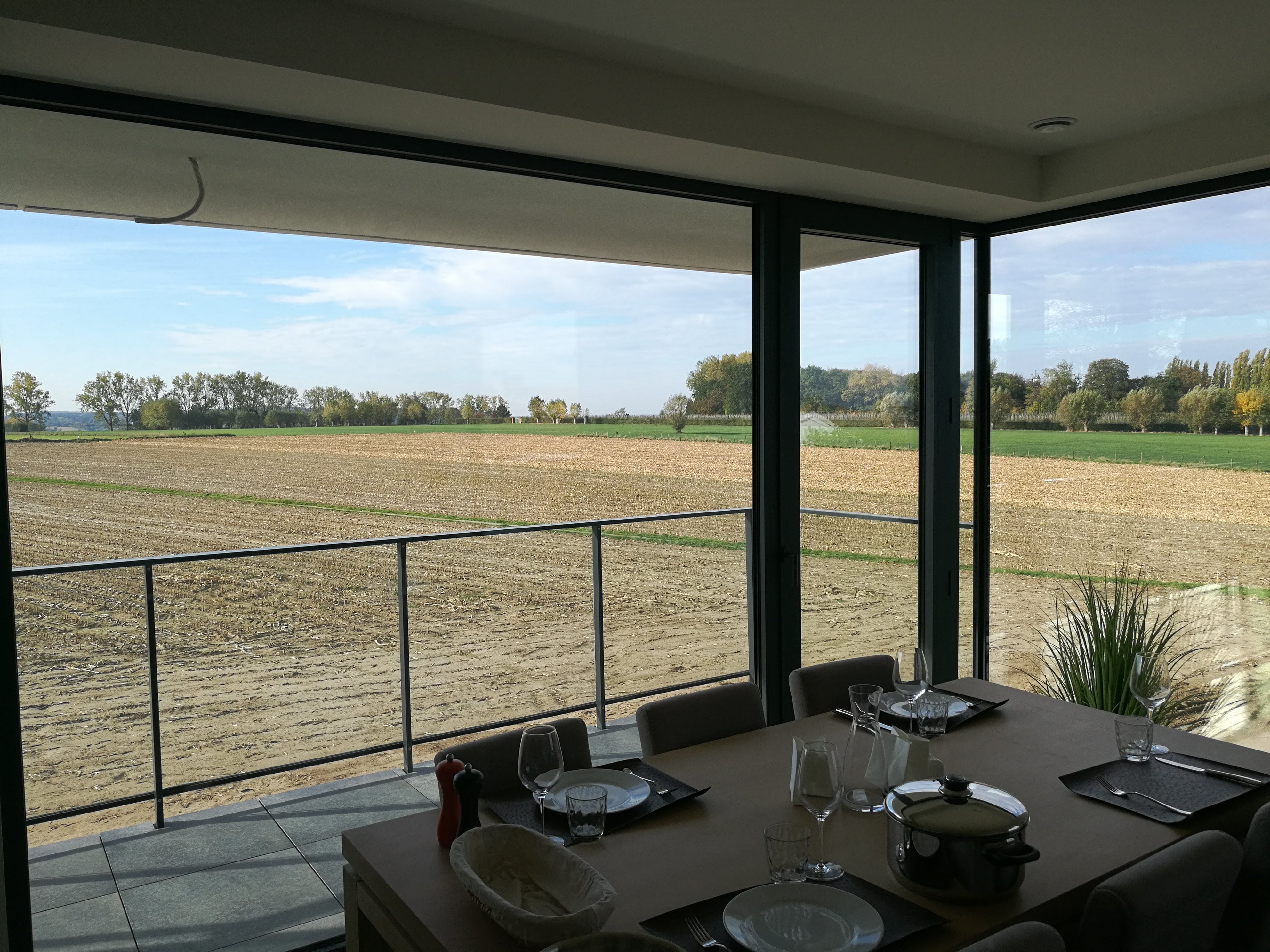 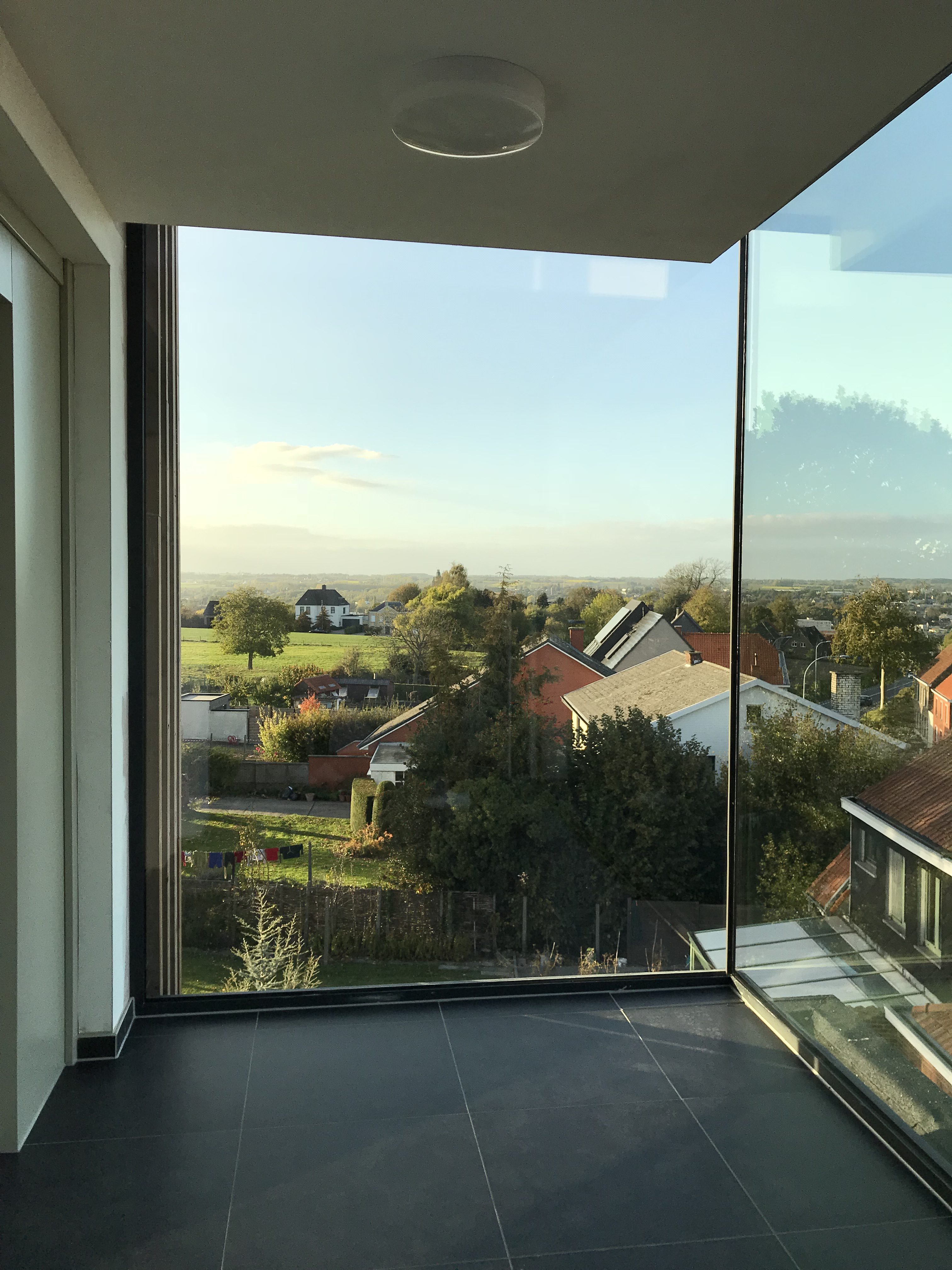 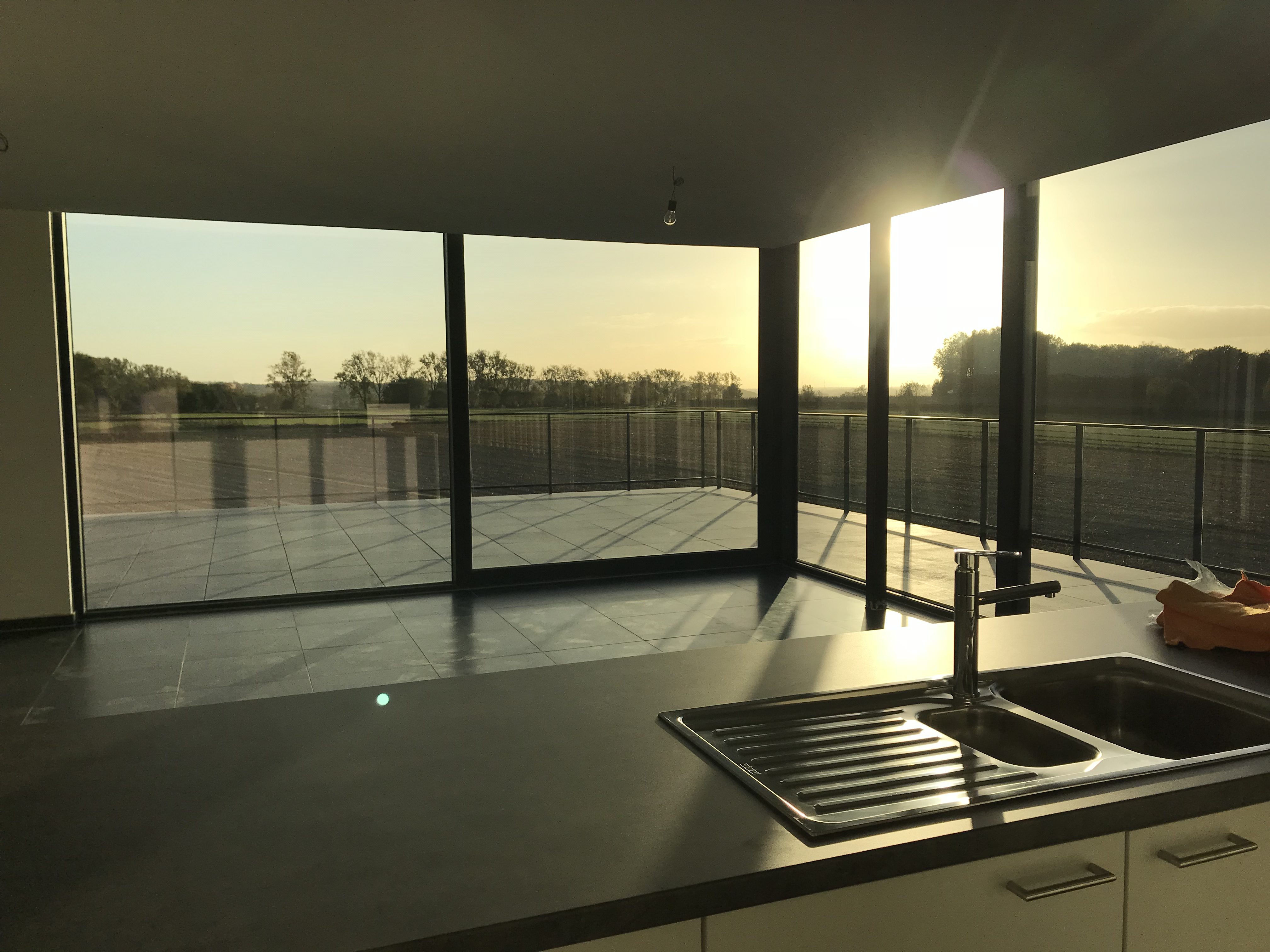