The project is located in Maarkedal, Schorisse. The 12 houses are conceived in three groups. Thanks to the playful implantation of open vs. closed areas it is possible to create a quit and safe cluster that is based on the idea of the courtyard.

The houses have a similar rustic typology, and they consist of two floors and an attic under a pitch roof. The small differences between the houses (dormers, height differences by following the existing profile, different ridge heights, …) create a pleasant visual variety in the inner area of the courtyard.

The three buildings adapt to the terrain relief; they are integrated into the existing slope. The landscaping becomes an integrated part of the design. The idea of ​​courtyard optimizes privacy, also thanks to the planting of espaliers which serve as green buffers.

At the rear side of the plot, where the terrain forms a natural water buffer by its natural slope, we obtain a marvelous green area that is integrated in the design and surrounded by the houses so as to give them a beautiful view of the picturesque countryside.

The common carport along the Parkstraat becomes a logical separation between the street and the plot so the idea of ​​safe inner area is further enhanced. This volume follows the same rustic character of the houses thus obtaining a harmonious whole.

12 parking spaces are provided on the site, and the site itself is limitedly accessible for traffic. All homes are accessible and renewable energy measures are implemented in the design, such as a high  insulating shell, an optimal orientation for light, active energy production generated by the sun and the implementation of a heating system with low energy impact. 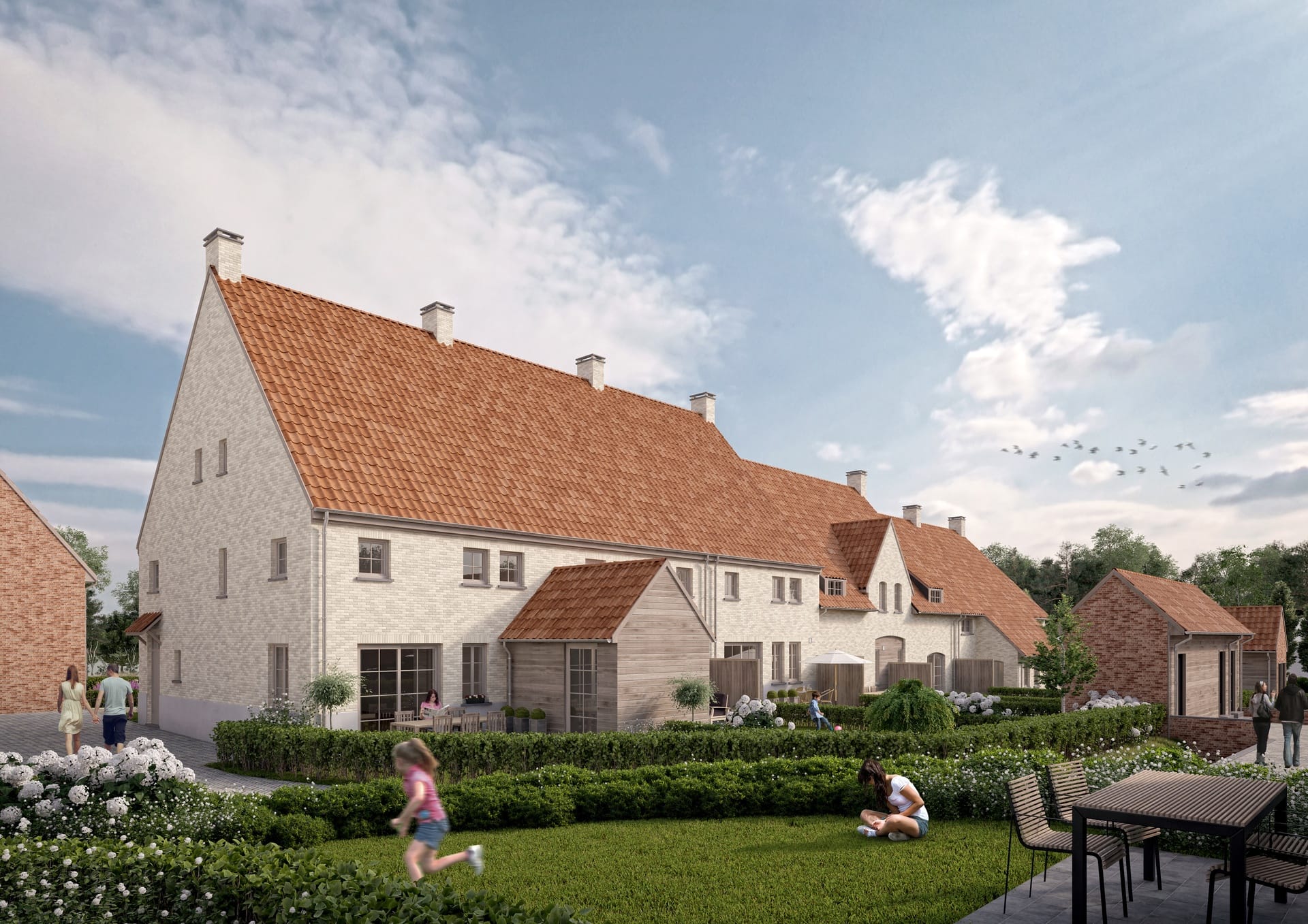 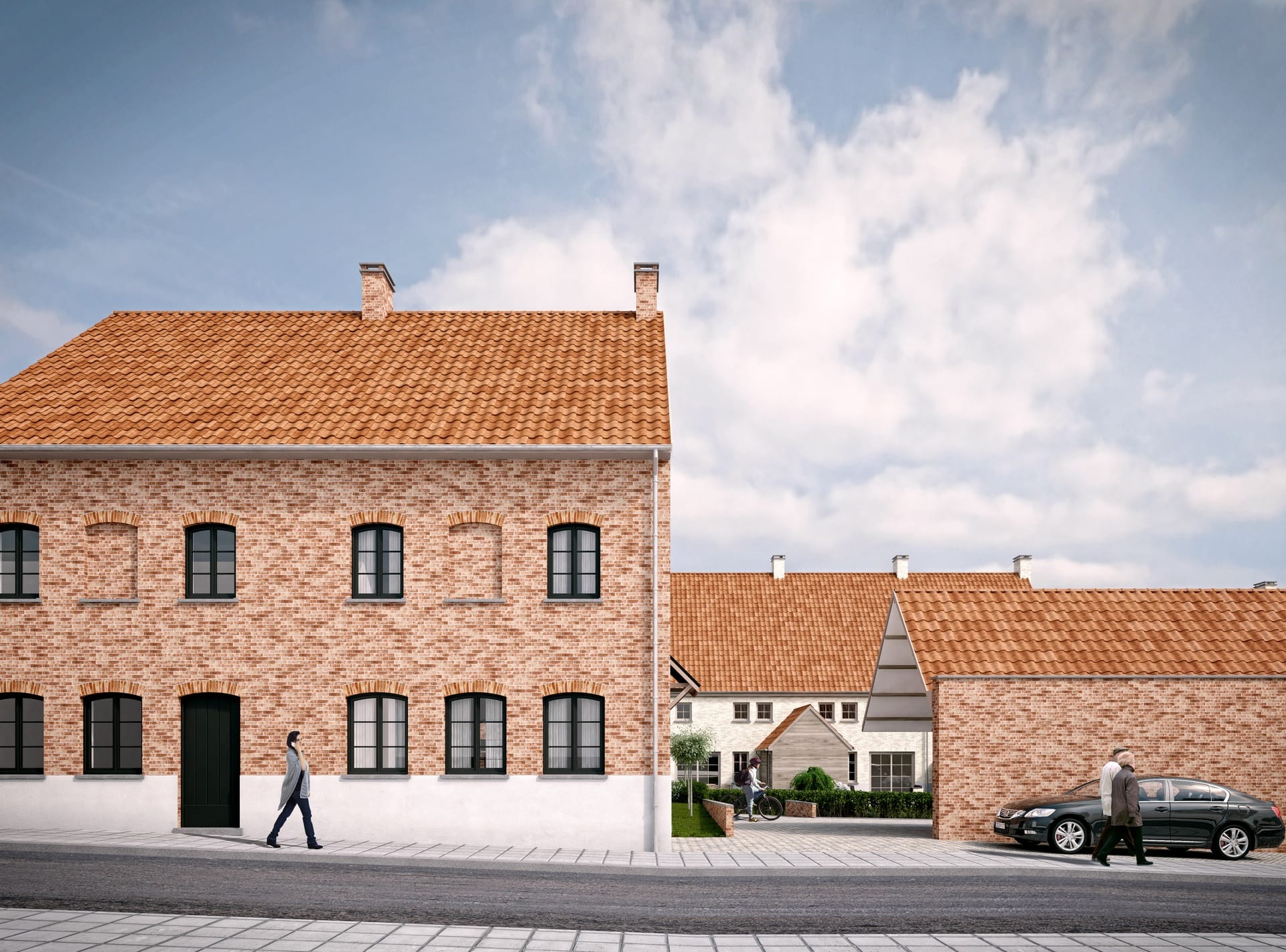 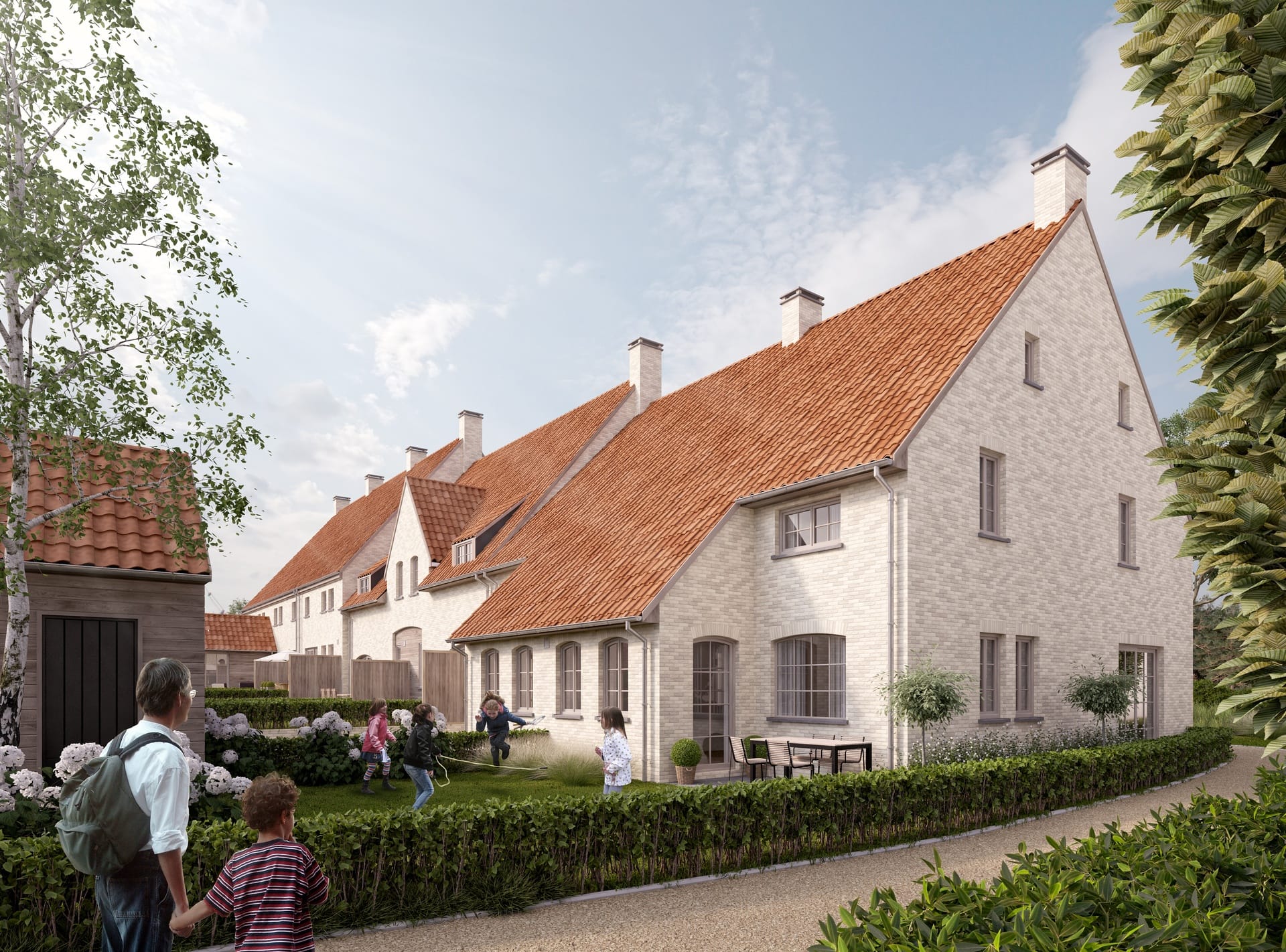 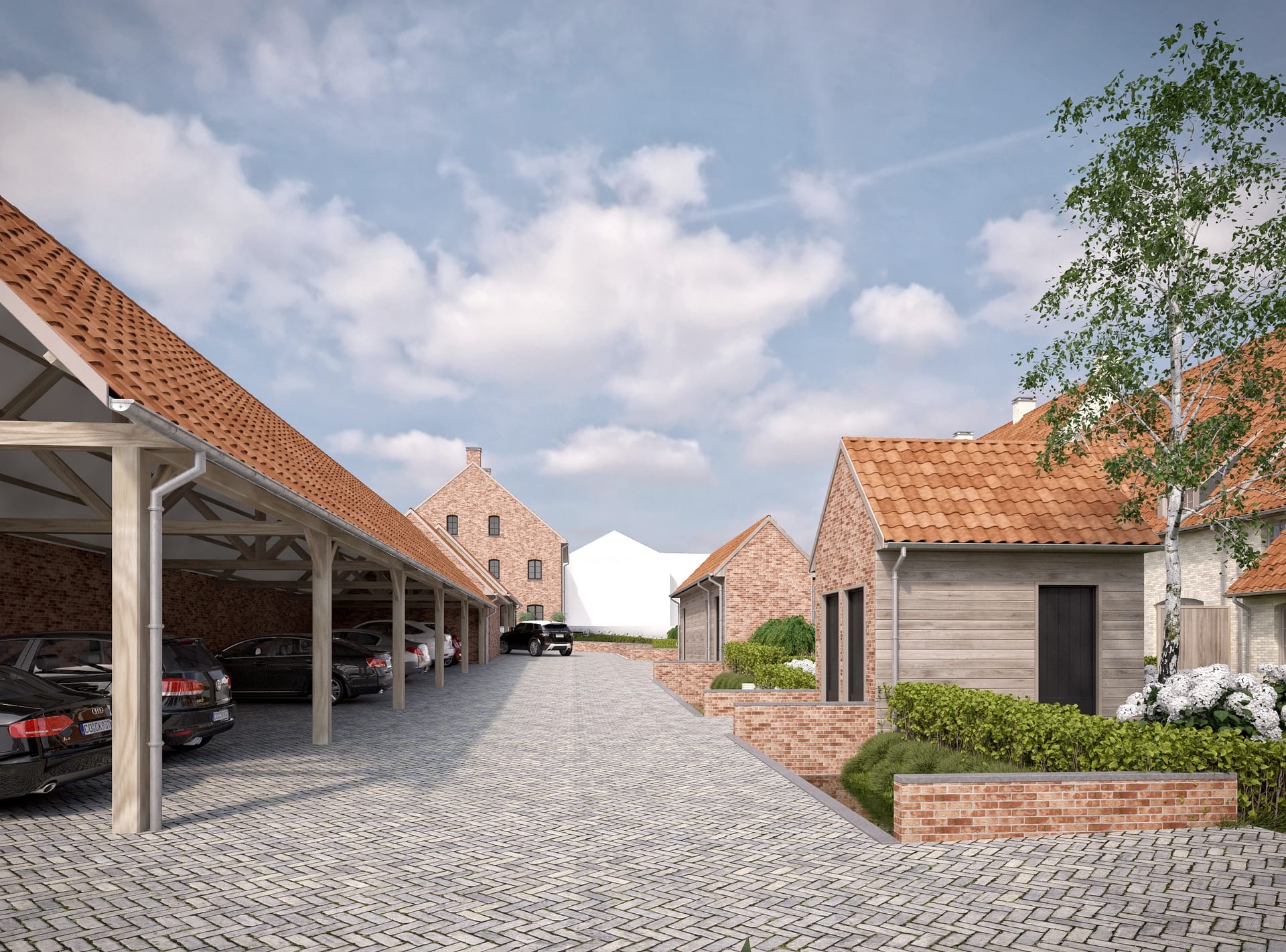 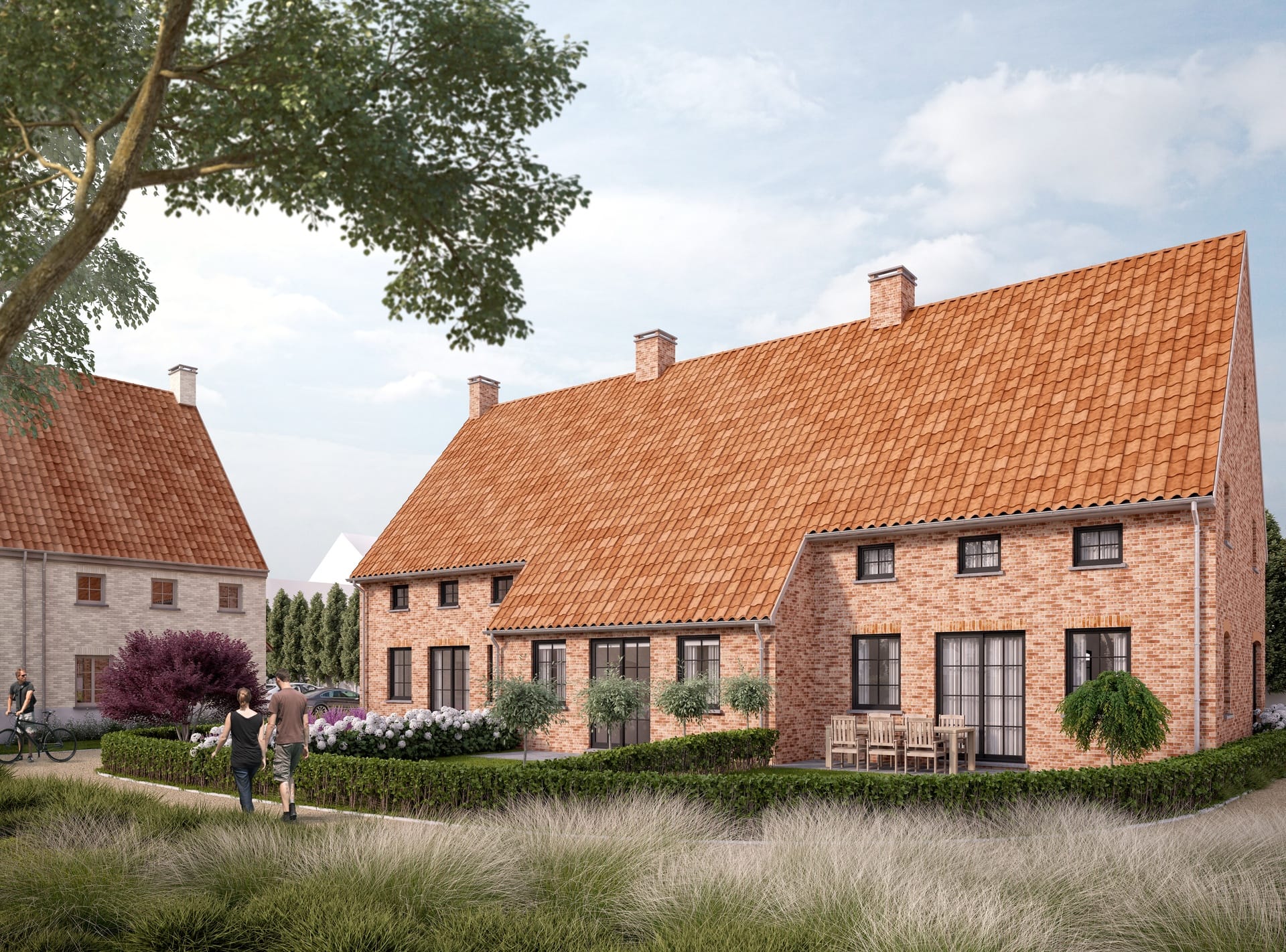 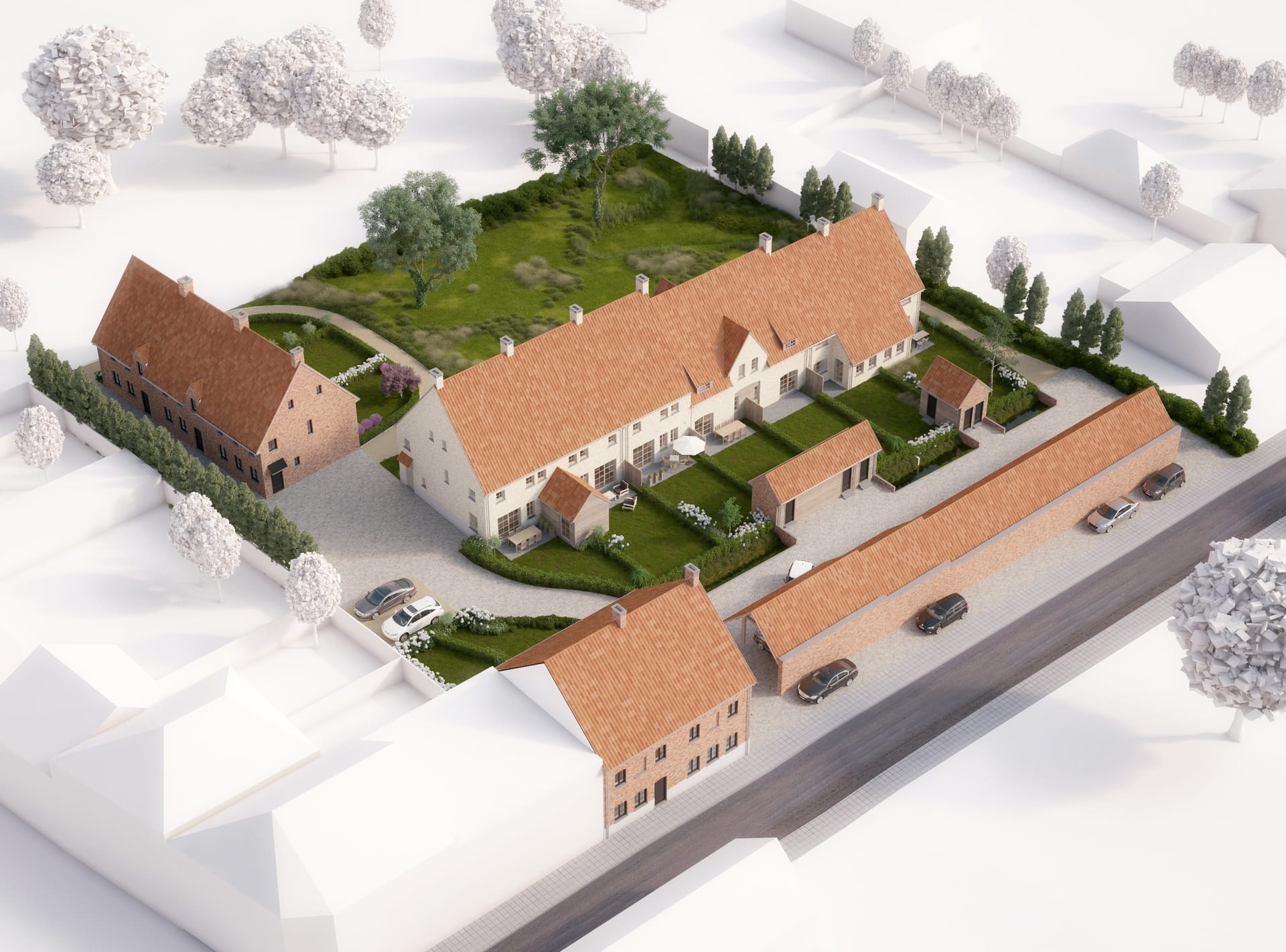 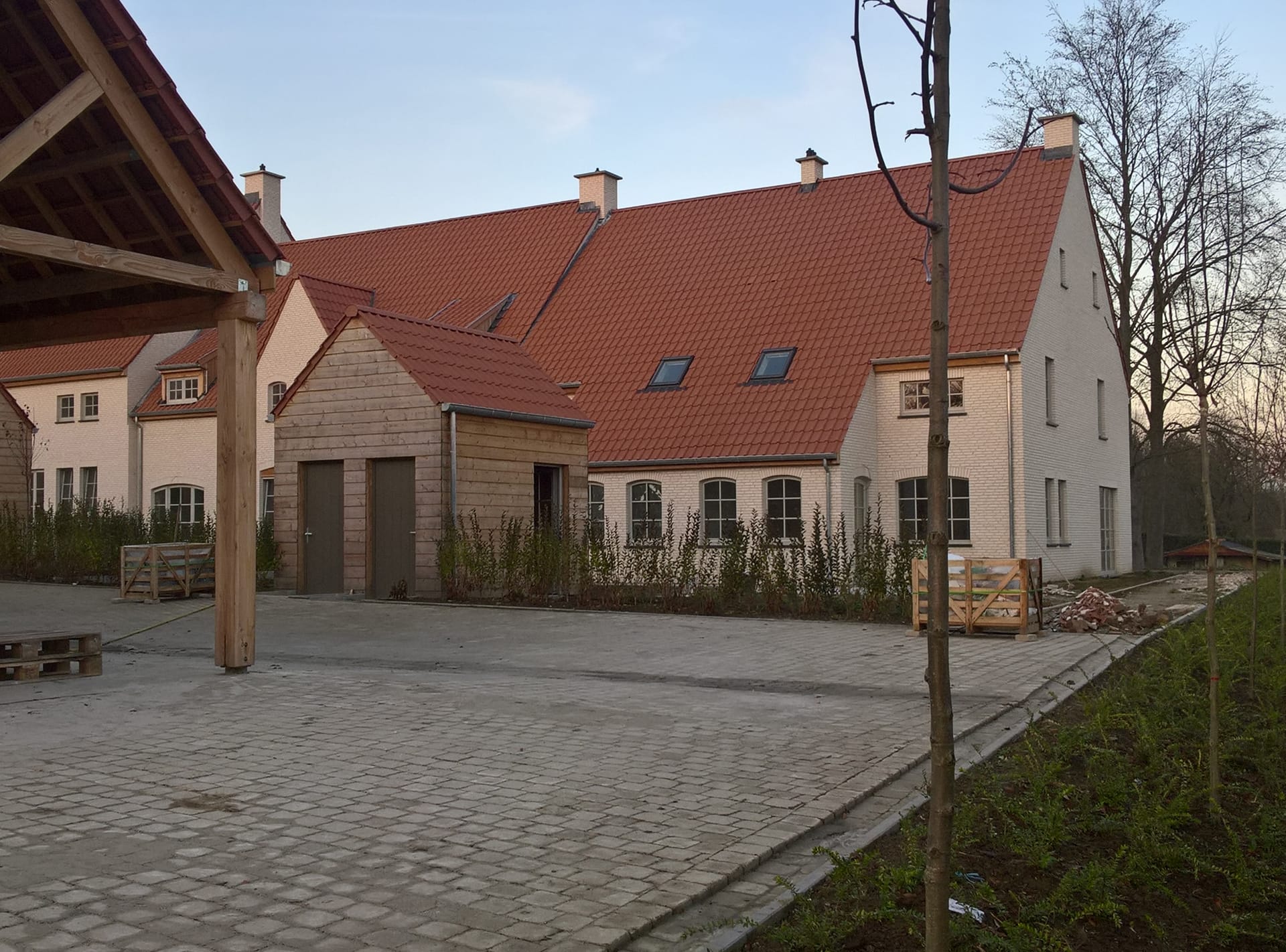 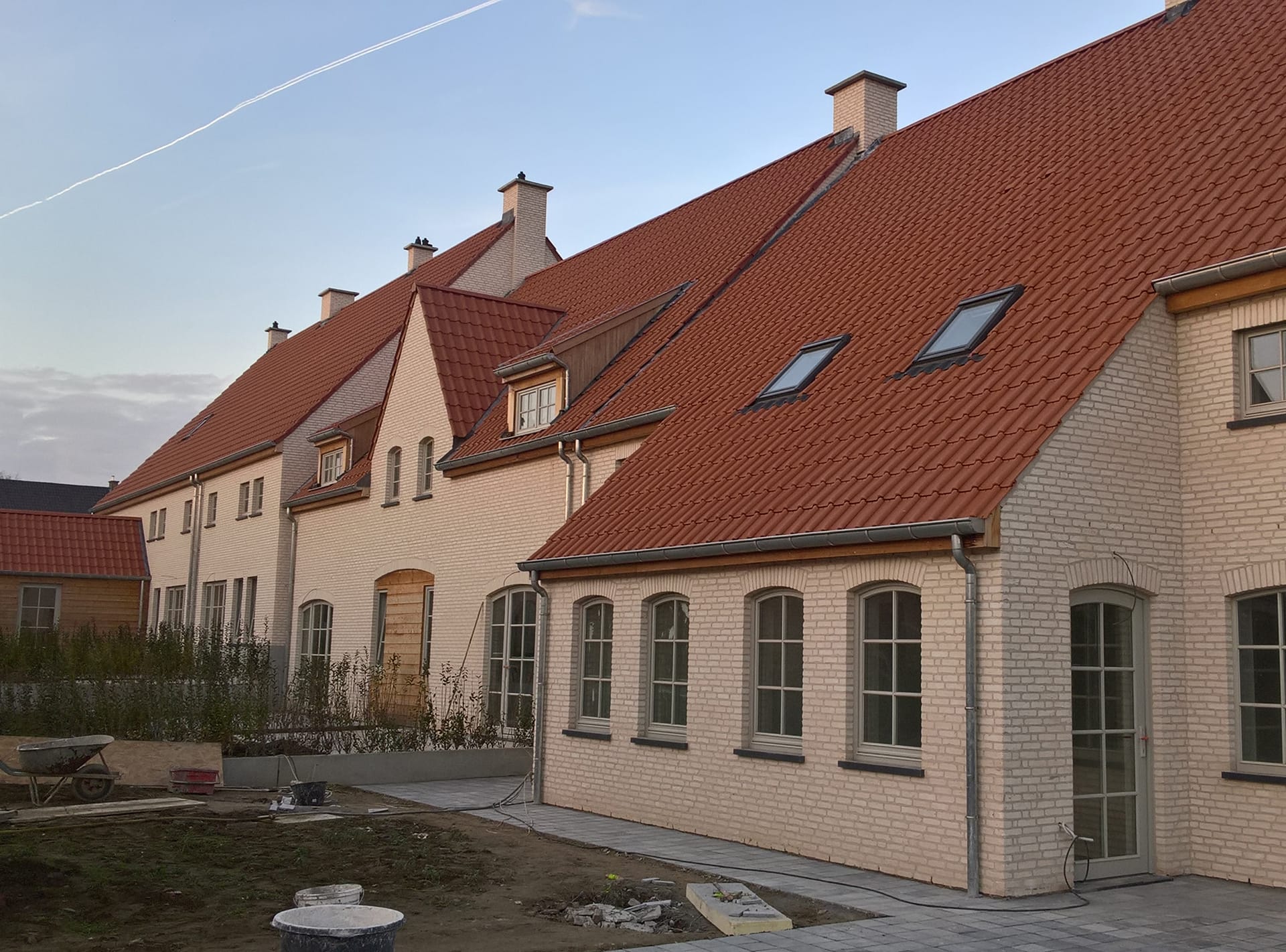 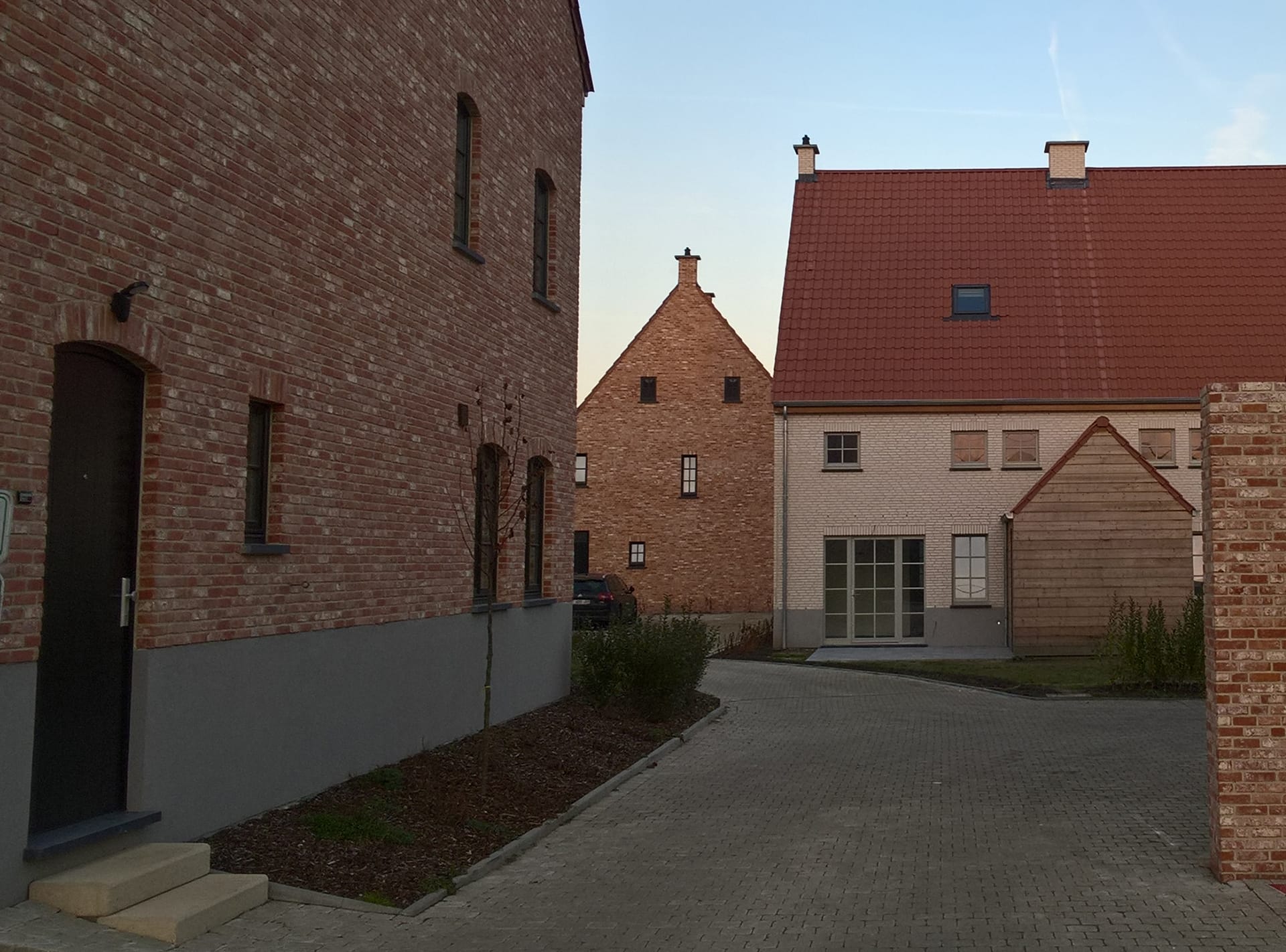